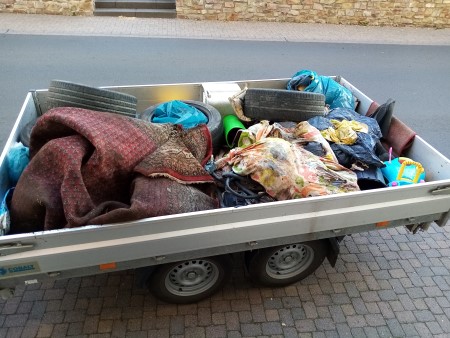 It is a sad phenomenon: few contemporaries are too lazy to register bulky waste collection at the waste disposal company Birkenfeld or to drive waste to the Reibertsbach recycling yard in order to apparently save the small fee for it and therefore dispose of their waste in the countryside.

The town of Baumholder was informed last week by an attentive citizen that a large amount of garbage was illegally disposed of at the lower district of Bärenbach.

The city is trying to investigate immediately any indications of such illegal disposals. Nevertheless, the irresponsibility of the garbage piglets remains a major nuisance. While the polluter may save a few euros in fees, the personnel costs incurred by the employees of the municipal building yard for the disposal of the waste are a burden on all citizens.

The city of Baumholder asks all citizens to be particularly attentive and illegal waste disposaldirectly in the city office on Tel. 06783-981140.